You have to leave a little room for play, and some of the connectors on the motherboard can spill over slightly. If you want to use the original touch sensor, you may need additional room. The original top grill also supports some of the weight of the cube, and unless you can mill it down or cut it off, it protrudes into the interior of the cube more on this later. To fit a power supply and video card inside, we have to remove as much wasted space as possible.

The giant heatsink that makes up the locking mechanism can be trimmed down significantly. I have seen it done many ways, and I have done it a couple different ways as well pics attached. I have a CNC engraver but not a mill, so I powered through it with hand tools. This is my preferred result. Use whatever tool you like, I prefer a hand powered hacksaw.


I prefer to use a power jigsaw, but the blade won't fit through unless you put a couple pilot holes first. Once you cut both sides, the center should just fall out. Re-attach the side rails. The original was mounted directly to this heatsink, but a Mini-ITX motherboard holes do not line up with the G4 motherboard holes. Simply flip the heatsink over and make 4 new threaded holes that line up with a mini-ITX motherboard.

The motherboard will essentially take the entire space of the locking mechanism, so do your best to center it.

Gives me a little more room in the corners of the bottom cube plate. You will also have to remove the two pins that hold the cube corner supports in place. And fitting the video card is next, as well as the hole for the power plug from the power supply yeah, it's ugly. That was the heat sink and fans, the board itself was short enough.

I removed the original fan cage and pushed the fans to the left and screwed them directly to the heat sink. For future reference, a single fan , or mini will fit by cutting down the fan shroud. An R9 Nano fits without modification. Remove the heat sink. 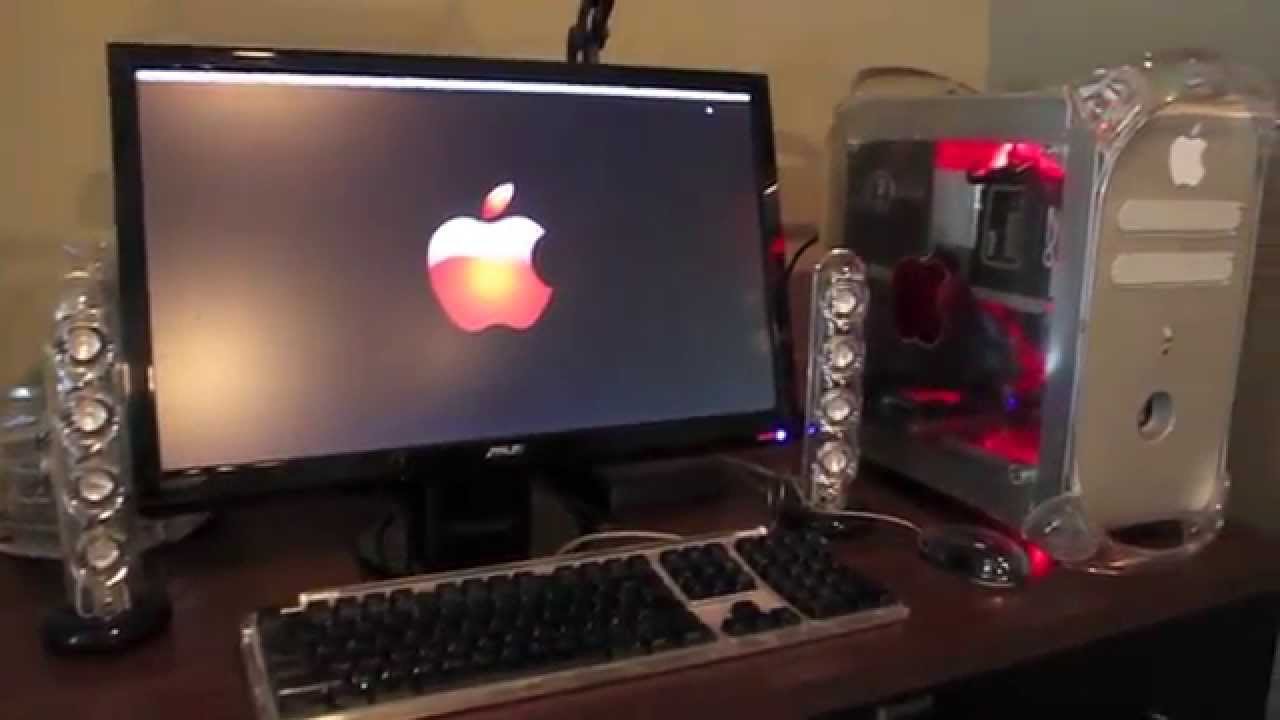 I used a comb to keep the fins somewhat aligned while I cut them off with a rotary tool and cutting wheel. The only way to move the video card is to extend the PCIE slot with a riser. I have tried many risers in the past with no luck right angle solid, ribbon cable, ribbon cable wrapped in aluminum. The ones that did work for me are the crypto coin mining type. Here lies the problem: The USB port is almost always vertical, and will protrude out the side of the case. So I tried notching the locking mechanism to accommodate.

I also had to notch the top internal cover as my riser card went to the edge. Until I found a new riser that had a horizontal dongle!

But alas, there is one more problem we have to deal with: The riser card extends to near our 6. I soldered a new vertical USB3 connector and optional power connector to alleviate the problem. Again failure, as the USB3 port with cable installed will protrude directly into the video card. The final solution is to hard wire the riser card to the dongle by soldering in a piece of USB3 wire 9 wires.

Make sure you do not have power applied when making any connections or soldering. That means the W power supply should be sufficient. With the center fins removed, a FLEX power supply almost fits in there perfectly.

A FLEX power supply is just a little too long to fit between the locking handle indent and the top grill, so we have to shorten it. The FLEX is a little too long, so I remove the fan, and relocate the power plug to the cube bottom face-plate next to the video card. The cube is small compared to other form factors, so we can shorten all wires on the power supply. Most of the cable length should be cut off and re-soldered to the power supply motherboard. Here are the wires cut off, De-soldered, and the empty holes. I removed the switch and connected the jumper directly to the power supply motherboard between AV and BV.

There is a little unused space in the power supply for the primary wires to exit the case. Since I won't be using the original cover, I can reclaim that wasted space.

Here is the completed power supply next to the original, and the full length of the wires is inches shorter. If you have loads of high end components in there, they will put out a lot of heat, and as such, you need fans.

Other issues you will encounter if you mod an PowerMac G4 MDD include getting it to close you have to cut out a section in the metal stand that holds the optical drive and the power supply, which I have left outside the case. The final thing to think about is the graphics card. I did about three quarters of the work before I decided to buy a Dremel, and it made everything so much easier. So buy a Dremel before you begin!


What's new. Latest activity. For a better experience, please enable JavaScript in your browser before proceeding. Thread starter Perkla Start date Apr 7, Power Mac G4 Hackintosh Specs: The build is already in process and some parts has arrived also, the case is almost modded so i think i am in the process of putting back all the plastic soon. I have some question though, about the cooling.

I have watercooled CPU and the radiator is on the floor to the left under where the optical drive would have been. Also i have the stock fan in its place where is used to be taking in air. As far as i can see, i only have fans taking in air but nothing blowing out air.. The hardrives will be in its original place so i cant put anything more on the floor..

Some pictures of my build so far. Last edited: Apr 30, Looking good so far, Perkla! Unfortunately, achieving a good and clean airflow in these cases short of some serious cutting and modding can be notoriously tricky, especially with the newer PSU mm fan configurations that suck in air from the side, instead of directly blowing it out the back like the old style 80mm fan PSUs. From my perspective, your PSU should be taking care of itself just fine. It should be sucking in some cool air through the side and ejecting it out of its own rear vent as intended.

By water cooling your CPU you are effectively and rather efficiently relocating any residual heat generated to the radiator at the bottom and near the front of your case.

All the rest of the major heat generating components are going to be near the bottom, but toward the rear of the case beneath the PSU shelf. 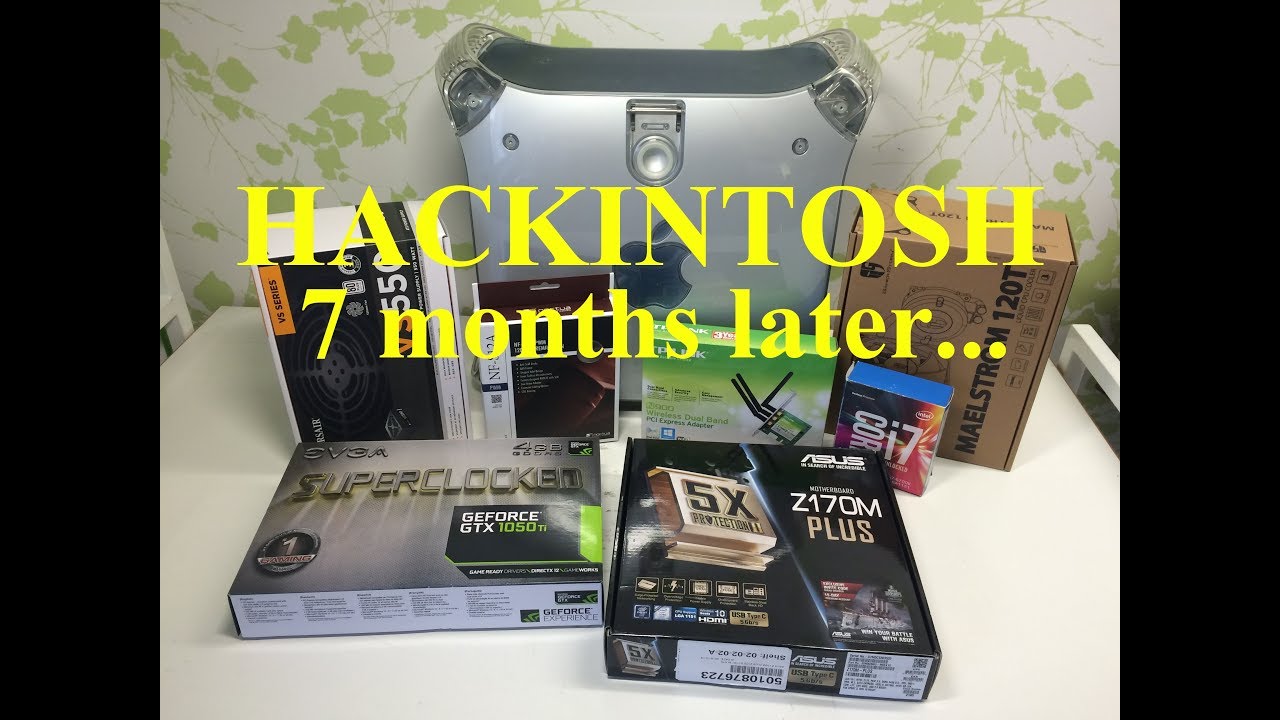